Over this past weekend I had the pleasure of attending a class taught by Meg Maples of Arcane Paintworks, and I just wanted to share a bit about how it went.

The class was held at Barwell Bodyworks south of Leicester, UK  (where I help teach wargame airbrushing classes – the next one is in February 2017) and after the first UK class filled up super fast several months ago, I made sure to jump in the queue ASAP as soon as the second class was announced.

Meg’s Tywin (from Game of Thrones) bust – one of the deciding factors in me choosing to attend!
photo from Arcane Paintworks

Meg has been skipping around Europe and the UK for the past few months, attending model shows and competitions such as SMC (Scale Model Challenge) in Eindhoven in the Netherlands and Euromilitaire outside of London, plus squeezing in as many classes as possible on the off-weekends, which I’m sure helped pay for the trip from Australia!

Some private airbrushing tuition last night – on the dinner table! Time was very short so required viewing was the Introduction to Airbrushing video with Ken Schlotfeldt (search for it on YouTube, very helpful!) and reading through a few short sections of a vintage airbrushing instruction book. A few learning exercises on some paper and then straight to the models! 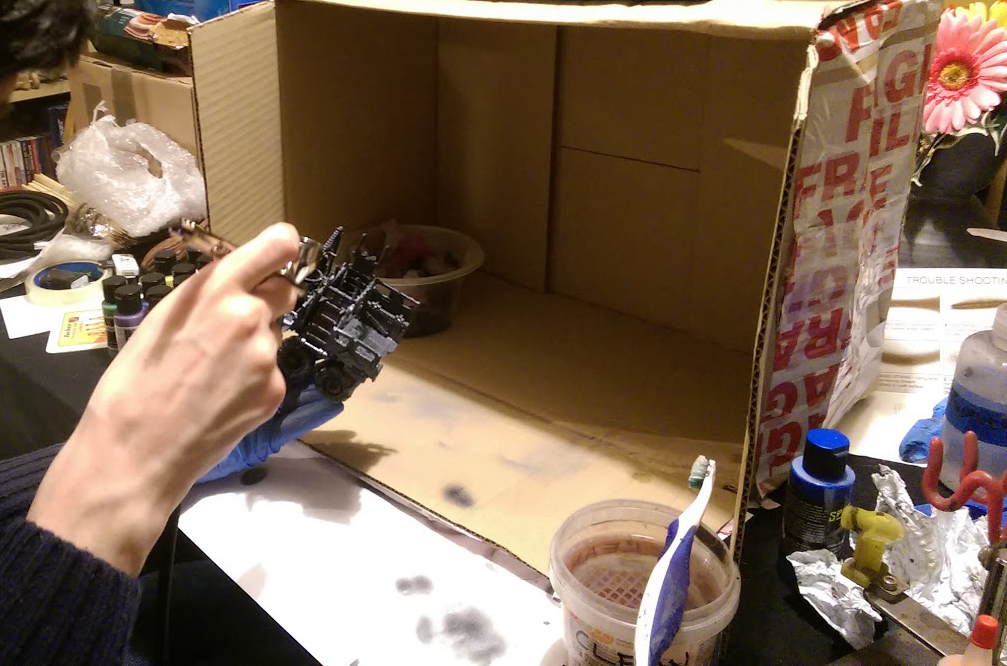 Learn all about airbrushing as it applies to wargaming models! This is a 2-day course that covers everything you need to know about airbrushes, basic training exercises, masking, thinning and more, plus working on your own models! Airbrushes, paint, materials and practice models provided, plus all-day refreshments and lunch supplied

Are you a painting newbie? Check out the wargaming painting class I’ll be teaching! (UK only) updated link! Yeah…I’m kinda proud about this one, sorry! I mentioned a while back how I’m going to be helping instruct a class on beginner’s wargame painting, well now I’ve got a few details: 23rd of